The Academy of Magical Arts at the Magic Castle is quite the spectacle. Unfortunately, a large part of their site until recently was barely useable to users not to mention it’s noticeable lack of interactivity. Media Contour pulled us into the project to help assist in major code refactoring inside of WordPress + WooCommerce. In addition we made major improvements to the usability of the site by overhauling the navigation structure, cleaning up the header, and adding meaning to site components that were otherwise lacking calls to action.

Whet also injected some much needed detail into the animation states of buttons to give the site a ‘magical’ feel and polished the mobile layout as well.

Check out the before and after images below illustrating the simplified navigation structure and improved slider with SEO friendly titles, snippets, and links. 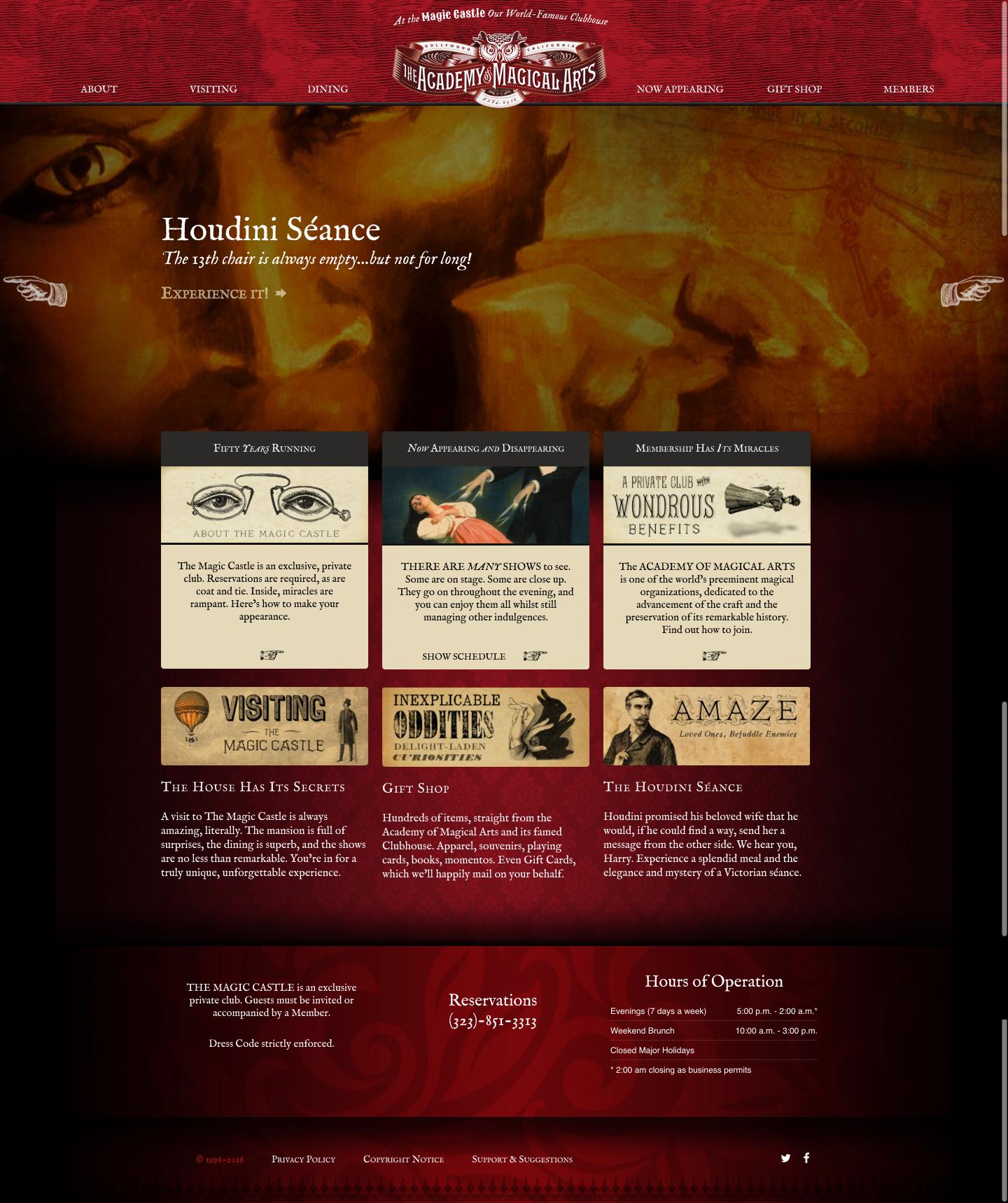 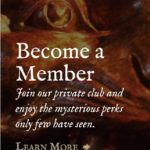 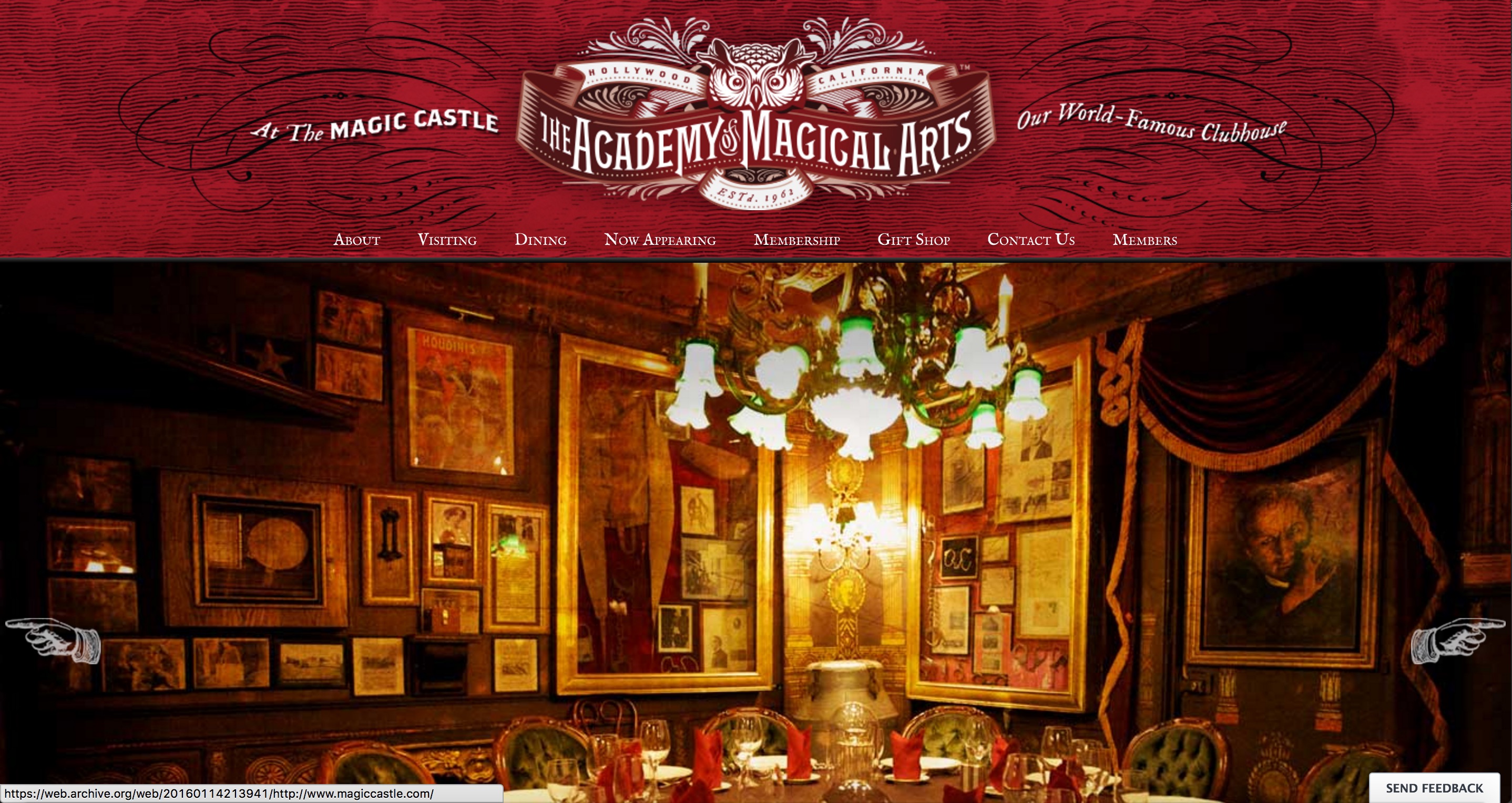 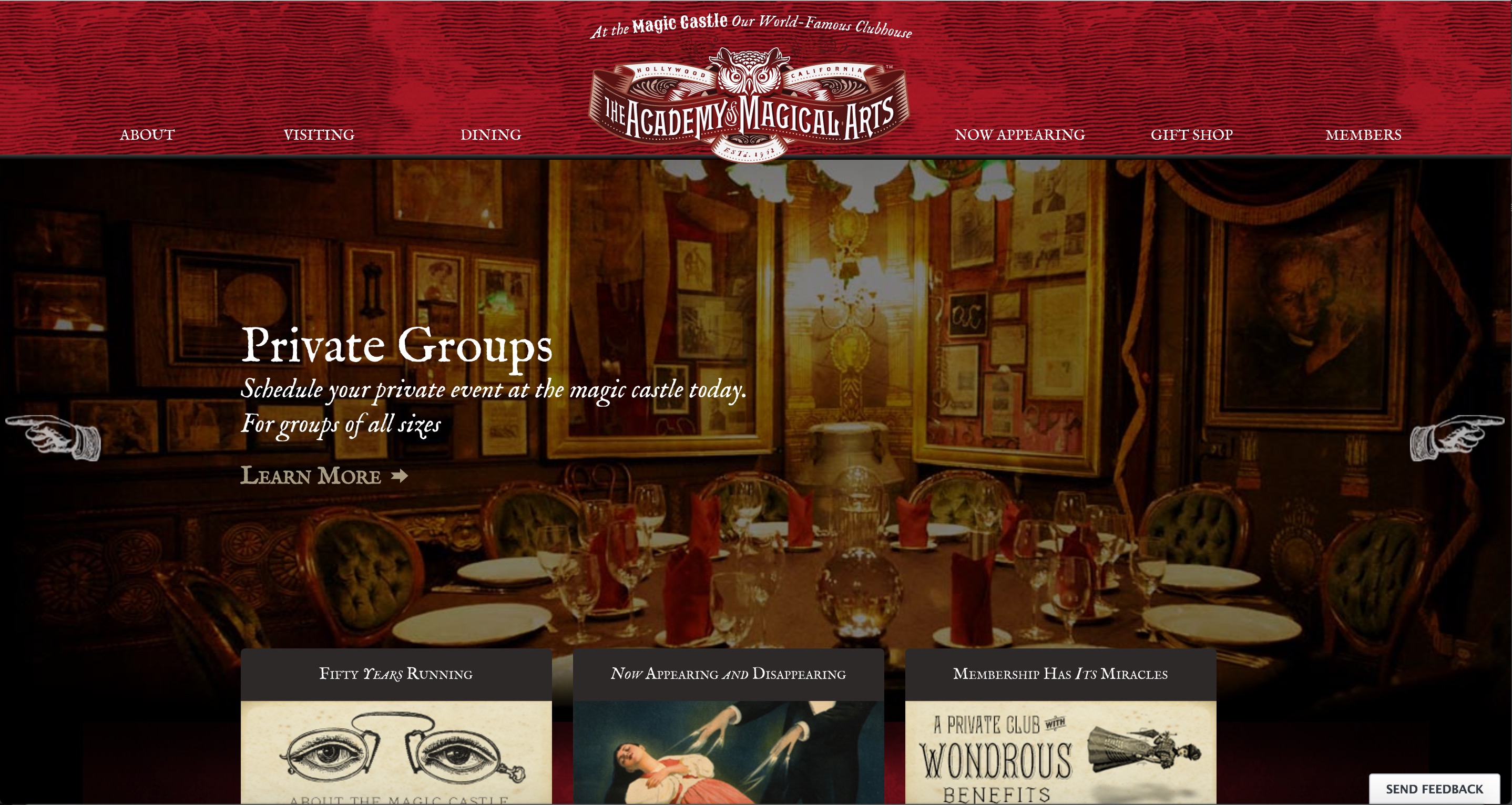